The Partnership for Public Service’s Center for Presidential Transition is the nation’s premier nonpartisan source of information and resources designed to help presidential candidates and their teams lay the groundwork for a new administration or for a president’s second term.
Executive Summary
Key Positions and Reasons
Conclusion
Table of Contents

Experts have long agreed the transition from one presidential administration to another is a vulnerable time for the country, and that new presidents and Congress each have an obligation to fill top national security positions as quickly as possible. As the pandemic, events in Ukraine and other global challenges have demonstrated, continuity in national security leadership is crucial for the security of the U.S. and its allies and partners. Data from the Partnership for Public Service’s Center for Presidential Transition, however, reveals chronic delays at nearly every step of the nomination and confirmation process–even for the national security positions that all stakeholders agree are essential to minimize threats during the first months of a new administration.

New presidents have about 4,000 political appointments to fill, including about 1,200 subject to Senate confirmation, and must make so many appointments that even top national security positions cannot be treated with the urgency each administration agrees they deserve—and the Senate cannot confirm them. Our data shows no recent president has managed to fill all such crucial positions in a timely manner as recommended by bipartisan reviews of the last 20 years.

One of the key findings of the congressionally mandated bipartisan National Commission on Terrorist Attacks Upon the United States, also known as the 9/11 Commission, was that a delayed presidential transition in 2000 “hampered the new [George W. Bush] administration in identifying, recruiting, clearing, and obtaining Senate confirmation of key appointees.” The Intelligence Reform and Terrorism Prevention Act of 2004 recommended that new administrations submit nominations for key national security positions by Inauguration Day and that the Senate vote on each nominee within 30 days of receiving each one.

The Bush administration—which entered the White House prior to the enactment of the law—filled or nominated individuals for only 25% of top national security leadership positions by Inauguration Day, and only 34% by day 30. Since then, the last three administrations have not come close to filling these positions quickly either. Increasingly complex vetting and disclosure requirements have contributed to the delay. The administrations of Presidents Barack Obama, Donald Trump and Joe Biden were not able to nominate even half of top national security positions needing Senate confirmation by the time they took office.1 By their 30th day, none of the three presidents had nominated or filled as many as 55% of these positions.

Reason 1: Recent administrations have encountered delays in nominating officials for all levels beyond Cabinet secretaries and directors.

Effective transition planning should include the vetting and naming of nominees to top national security positions prior to Inauguration Day, but vetting and disclosure requirements are increasingly complex. Recent administrations have cut through these challenges and moved efficiently in nominating Cabinet secretaries. Obama, Trump and Biden each had a person nominated or serving in the roles of secretary of Defense, Energy, Homeland Security, State and Treasury by their inaugurations.

Reason 2: The Senate has moved too slowly to confirm most nominees.

The Senate confirmation process takes longer now than ever before, and not just in the national security area. The average length of time to confirm any nominee takes about twice as long than it did in the 1980s. Yet the delays in confirming leaders for national security positions leave the country vulnerable at a crucial time.

However, the Senate has moved much more slowly for lower-level positions. The average time to confirm a deputy secretary among key national security roles is 46 days. For undersecretaries and administrators, the average is 81 days.

The trend for the Senate is going in the wrong direction. In 2000, prior to the 9/11 terrorist attacks, the Senate took an average of 37 days to confirm Bush’s nominees for deputy secretaries, while undersecretaries and administrators took 36 days. Since then, the timing has increased despite the 30 day-goal set by Congress. Under Biden, deputy secretaries have taken an average of 60 days to make their way through the Senate while undersecretaries and administrators have taken 103 days.

There are many reasons why a particular position will be vacant or filled by an acting official for long periods of time. In some cases, vacancies may reflect an administration’s priorities or policies. In others, administrations have struggled to find people who could be confirmed in a fiercely divided Senate. Regardless of the reason, the length of time without a confirmed official in place introduces capacity and authority gaps, places a significant burden on acting officials who may be filling multiple roles, and prevents the sort of agility and long-range planning necessary to important national security activities.

As of May 2022, two high-level positions at the Department of Homeland Security—undersecretary for Science and Technology and undersecretary for Management—have been without a Senate-confirmed official for more than three years. Biden put forward nominees for both of these positions in 2021, but one was just withdrawn in May 2022 after not receiving a vote from the Senate for more than nine months while the other has been under consideration for more than six months.

Our government is best able to manage national security challenges and keep its people safe when it has a full team of capable and committed career public servants and political appointees—especially in national security leadership roles. However, the slow nomination and confirmation of individuals for many of these key positions at the start of a new administration creates uncertainty during a time when the country is vulnerable and communication between administrations is crucial. Even though the 9/11 Commission raised the alarm and the Senate acknowledged the challenge when it passed the Intelligence Reform and Terrorism Prevention Act of 2004, the issue remains. New administrations have not met the recommendations for nominating officials quickly, and the Senate has not moved with urgency to confirm nominees once they receive them. Structural problems, such as the approximately 1,200 positions requiring Senate confirmation and challenges associated with vetting nominees, have contributed to the delays.

Since 2001, the Partnership for Public Service has contributed to making government more effective and efficient. In 2011, the Partnership supported the Presidential Appointment Efficiency and Streamlining Act, which reduced the overall number of Senate-confirmed positions by 163.

Last year, the Partnership’s Center for Presidential Transition, the premier nonpartisan source of information and resources for presidential candidates and their teams, published Unconfirmed: Why Reducing the Number of Senate-confirmed Positions Can Make the Government More Effective. In that report, we offered seven approaches for rethinking Senate-confirmed positions, consistent with the Senate’s constitutional advice and consent role and its oversight responsibilities. From converting Senate-confirmed positions to noncareer Senior Executive Service positions and allowing for political appointments that do not need Senate confirmation, to eliminating redundant and consistently vacant appointments, the approaches are meant to start a conversation—one that is aimed at resetting the appointments process while maintaining its core principles and intent. Only through cooperation between the executive and legislative branches can the appointments process be reformed from the unsustainable status quo. Carlos Galina writes and produces research around presidential appointments and institutional trends, updating and managing nominations and confirmations data in our Presidential Appointments Tracker with the Washington Post that inform his research. His academic background in American Politics and the interest in applying his skills beyond academia led him to his current work. Carlos’ favorite public servant is Pete Buttigieg, the first openly gay cabinet secretary. 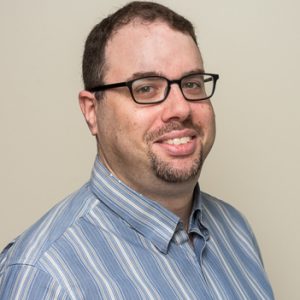 Paul Hitlin manages research for the Partnership’s Center for Presidential Transition including the organization’s presidential appointment tracker produced in collaboration with The Washington Post. He also helps lead the Partnership’s research on public trust of the federal government. Paul believes information should be a public good, an idea that informed his work at the Pew Research Center where he studied media, technology and data science. Paul’s favorite public servant is former Minnesota Senator Paul Wellstone who was well-known for his commitment to community organizing and campaign finance reform.

Mary-Courtney Murphy supports the Center for Presidential Transition through research and data analysis on a variety of projects, including presidential nominations and Senate-confirmed positions. Her passion for public service stems from a familial background in local service through the fire department. Mary-Courtney developed an awareness of the need for robust and effective governance during her M.A. in International Security, where she concentrated on emerging security threats to democracy. Her favorite public servant is Samantha Power, current head of the U.S. Agency for International Development and author of A Problem from Hell because she has spent her career representing the U.S. on critical humanitarian issues.

The list of 46 important national security positions compiled for this study were selected from the Senate-confirmed positions at the undersecretary level and above from the departments of State, Justice, Homeland Security and Defense, and the intelligence agencies. See 9/11 Commission Recommendations: The Senate Confirmation Process for Presidential Nominees (congress.gov) for more detail. Senate-confirmed members of the National Security Council are included. Positions that can be appointed by a president without Senate approval are not included. This study only includes nominees who were officially submitted to Congress and were confirmed. A small number of nominations were withdrawn or returned to the president which are not included. The positions considered are only the initial nominations for each position.

Officials are considered holdovers if they served for at least 100 days into the new administration. It is not uncommon for officials in some positions to serve for short periods of a new administration to assist with continuity of leadership. Positions filled with holdovers who served at least 100 days were excluded from the calculations regarding the time to submit nominations to the Senate and for the Senate to confirm nominees.

Department of Energy
Secretary of Energy*

Department of State
Secretary of State*

Related Work
Report
Leading Together: An Exploration of the Relationship Between Leadership Type and Employee Engagement
Report
Joe Biden’s First Year in Office: Nominations and Confirmations
Report
Unconfirmed: Why Reducing the Number of Senate-confirmed Positions Can Make Government More Effective